Tattooizm is more than the ink on your body. It’s a transformative journey and the fuel is trust. With that we can venture deep into the heart of tattooizm, where body, mind and spirit come together into a personal display. As a professional, I like to cooperate with people who are committed and open to spontaneity. It’s here the journey begins. The ink is the expression of our collaboration. Let me be your guide. 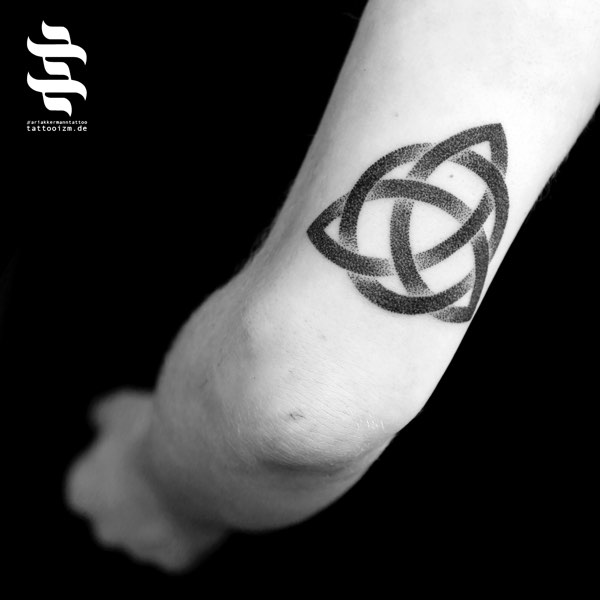 are my favorite styles. As far as I got experienced in all round work, I’ve got to conclusion, that black ink brings the best contrast to the skin pigment and dots are the best solution for the shading. More...Those two makes the artwork stay great on your body through long years. Some call it Modern Primitives, some call it Neo Tribal, but at the end it is just the perfect much in the timeless dance between the skin and the ink.

To Black and Dotwork gallery 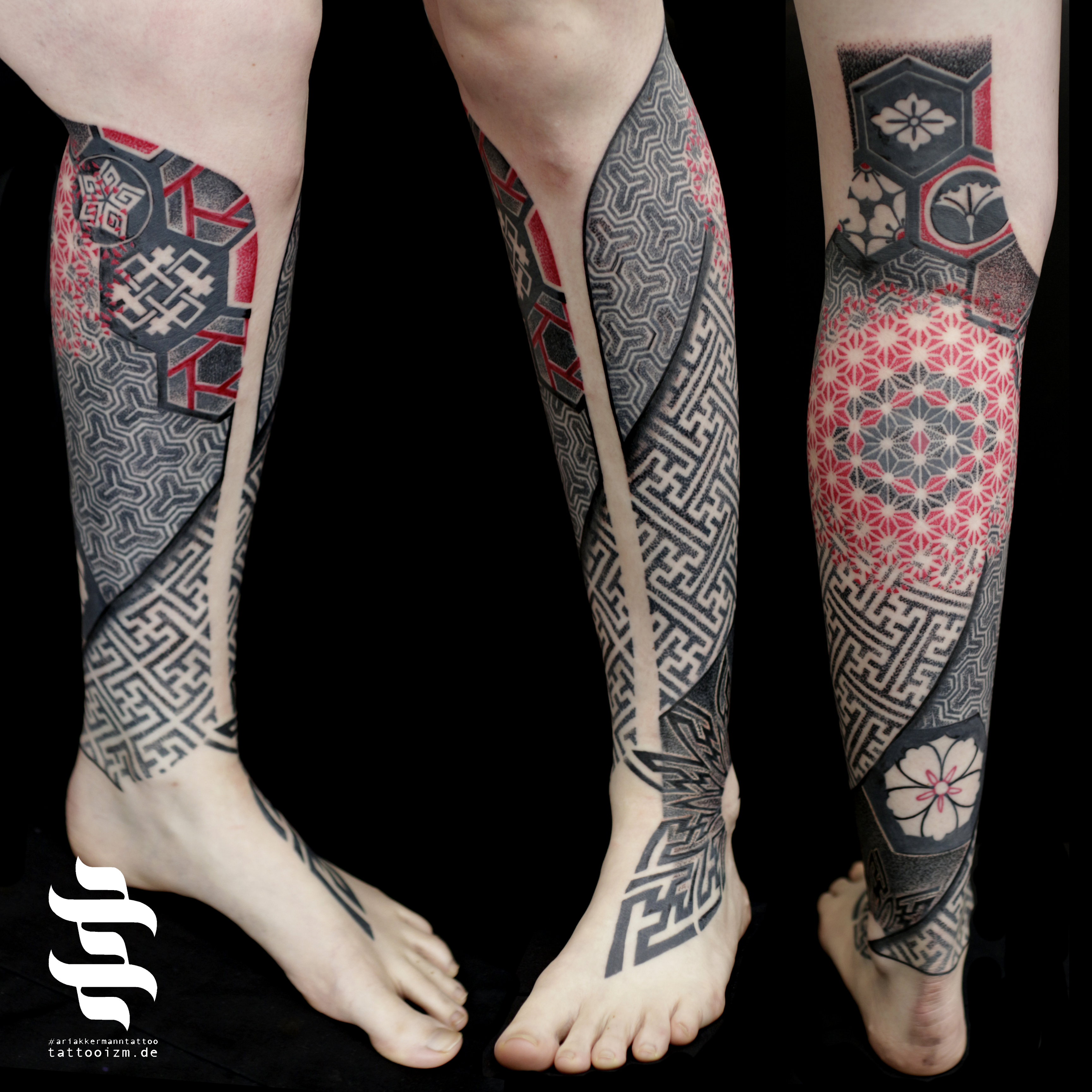 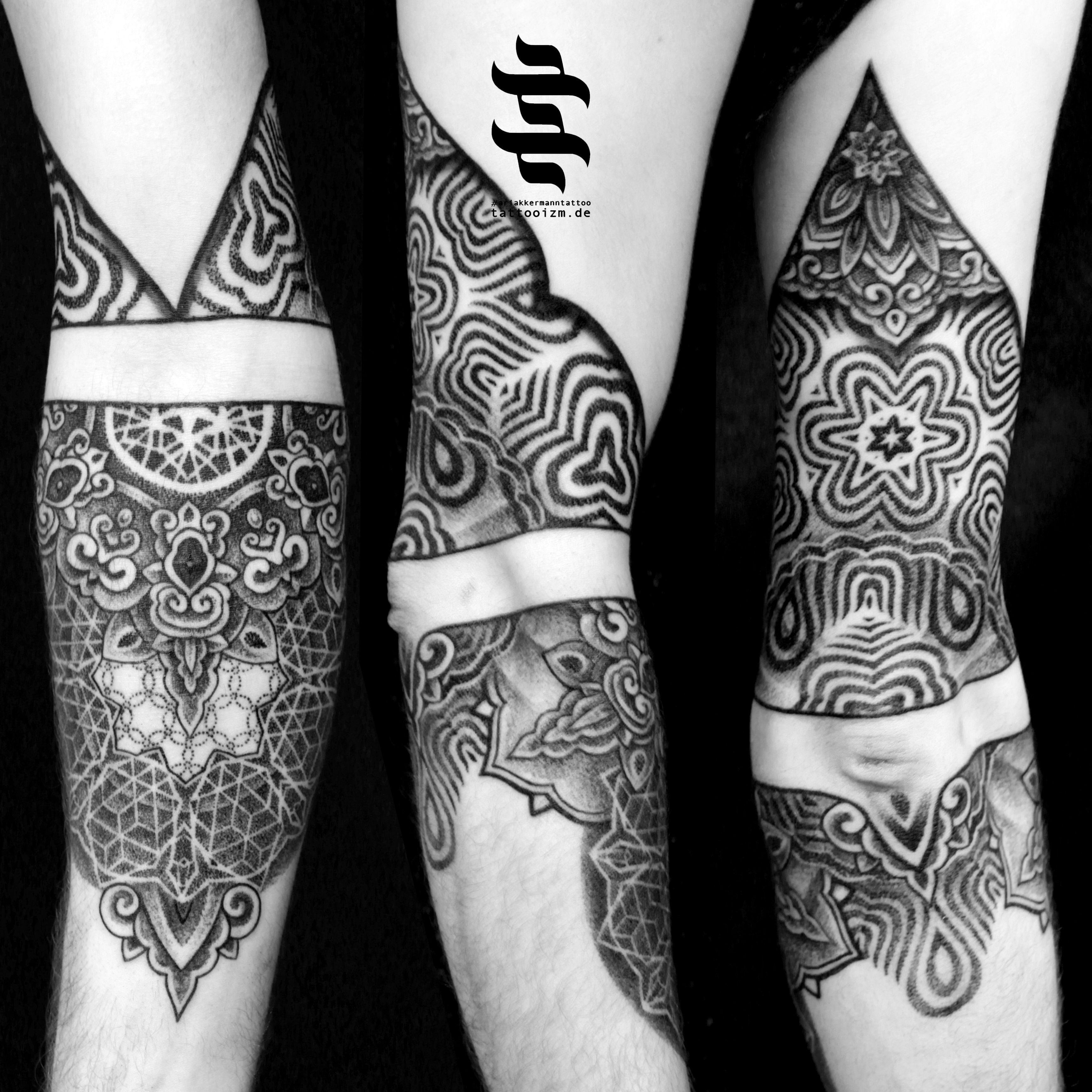 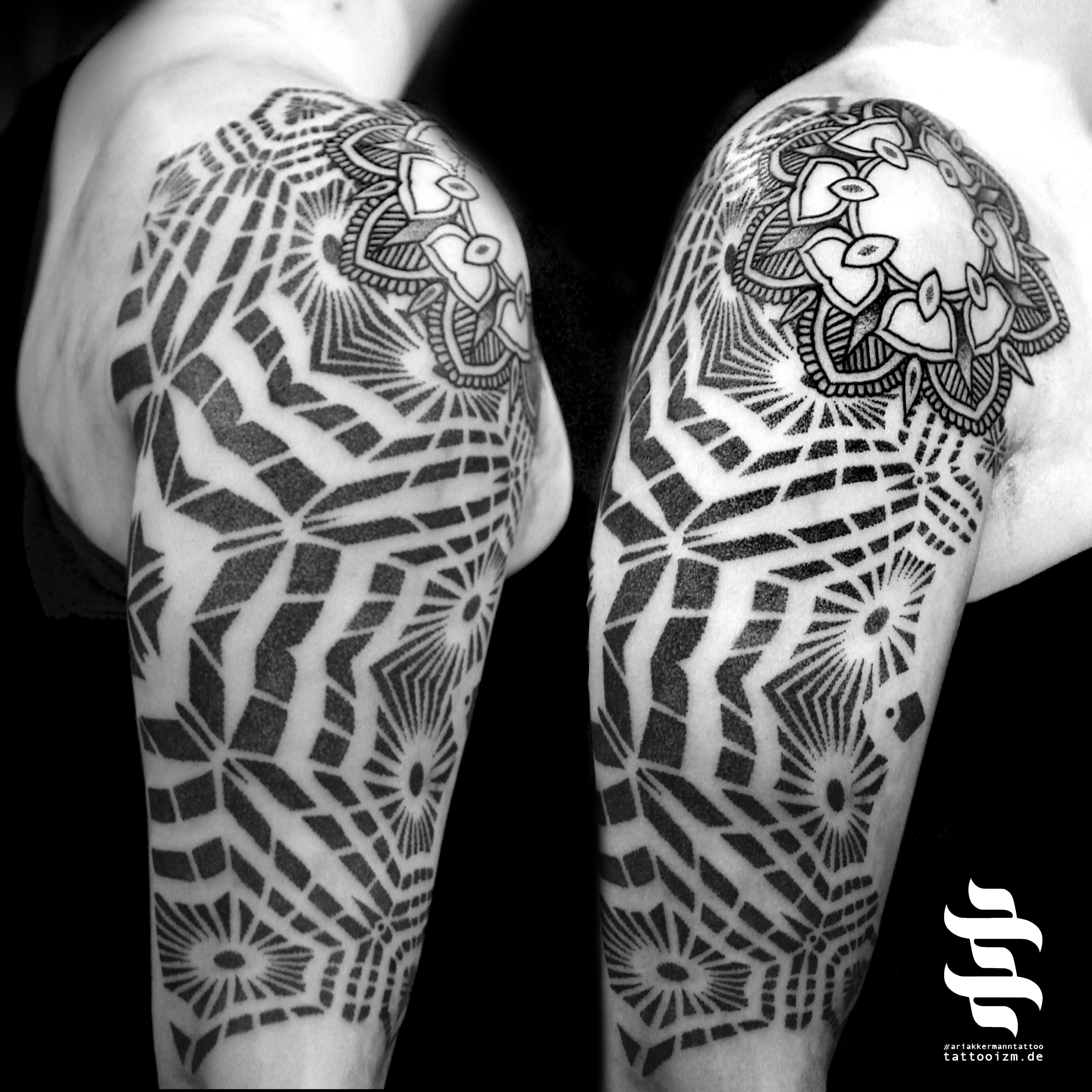 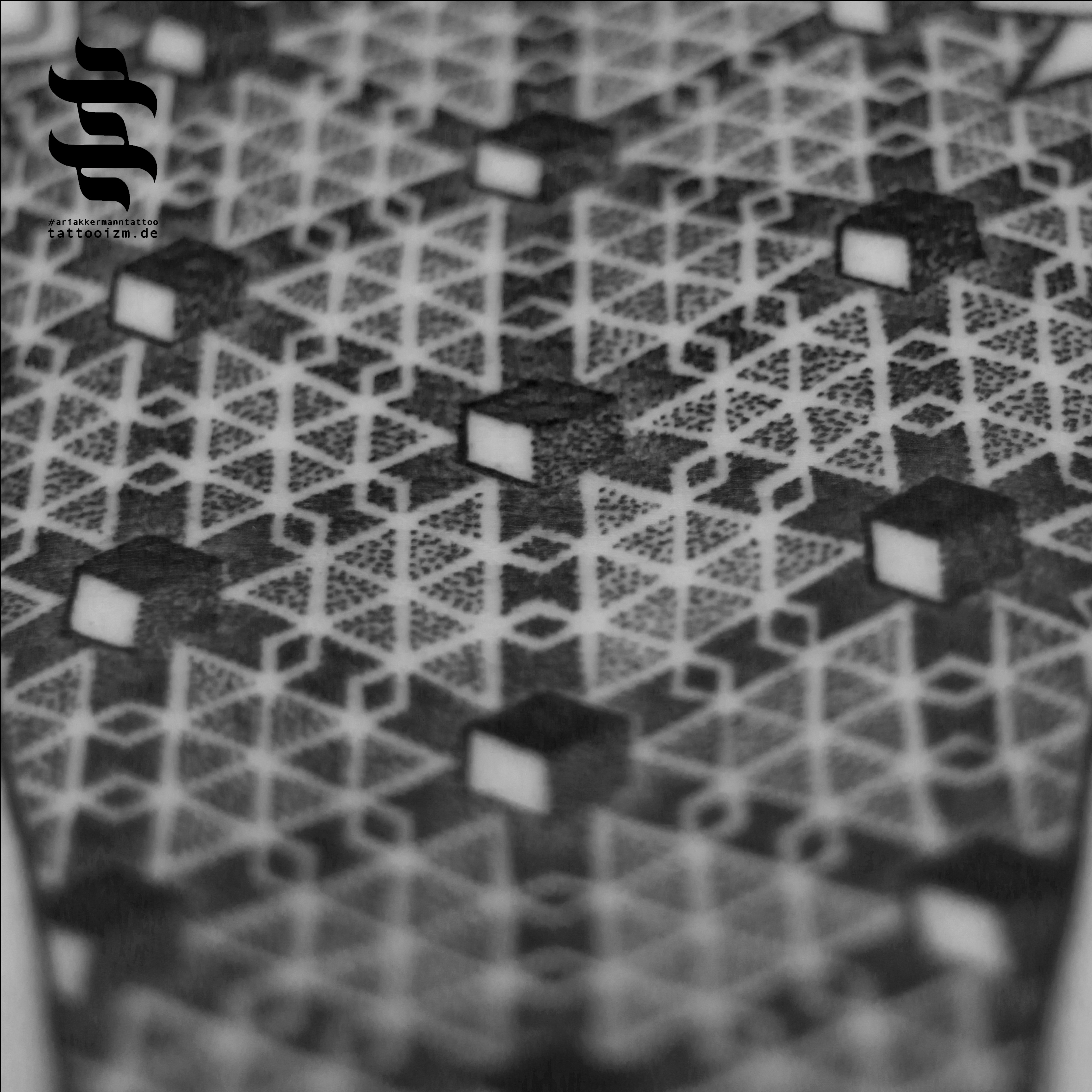 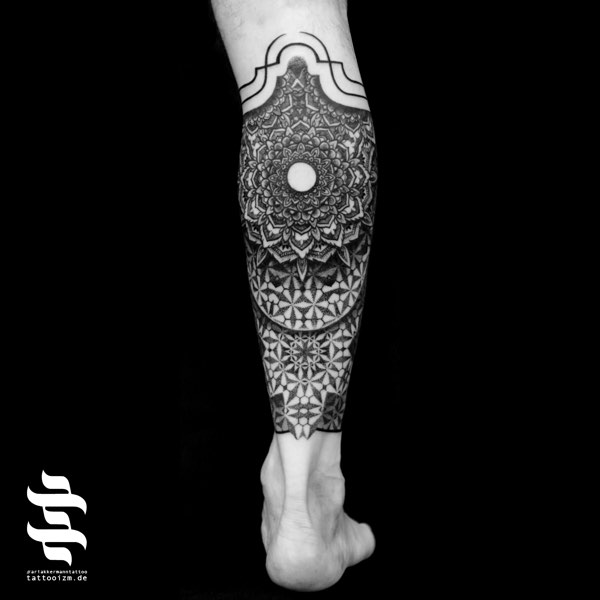 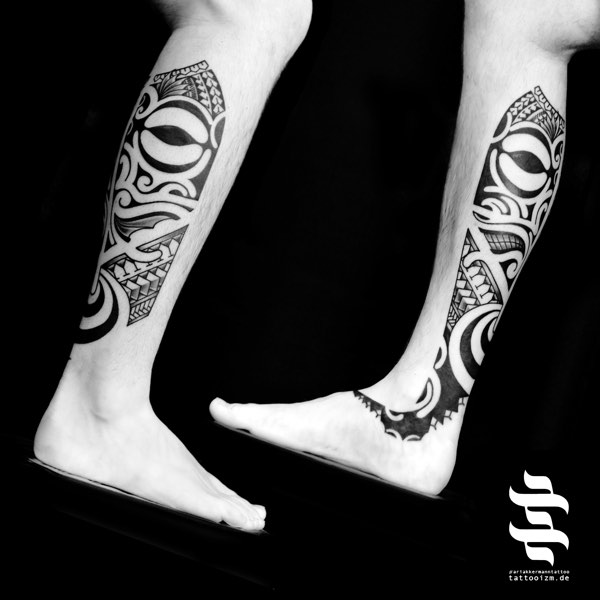 tattoo, or Tatau is one of the most interesting stories you can find on the human body. The symbolism of all different kinds of Polynesian tattoo styles - from Samoa to Marquisian, from Borneo to Maori, somehow talks to us from the Ancient times at the language we still can understand at the Modern Age. More...Much more than the symbolism, for me is very important the esthetical part of the black and skin contrast which this style allows to represent the best, such as power, flow, strength and flexibility … My Polynesian tattoo designs, I produce only by drawing it freehand on the skin, being attentive to the natural flow of the body, to the personal story of the customer and to the spontaneous power of mind, which brings right elements to the right place in every story. 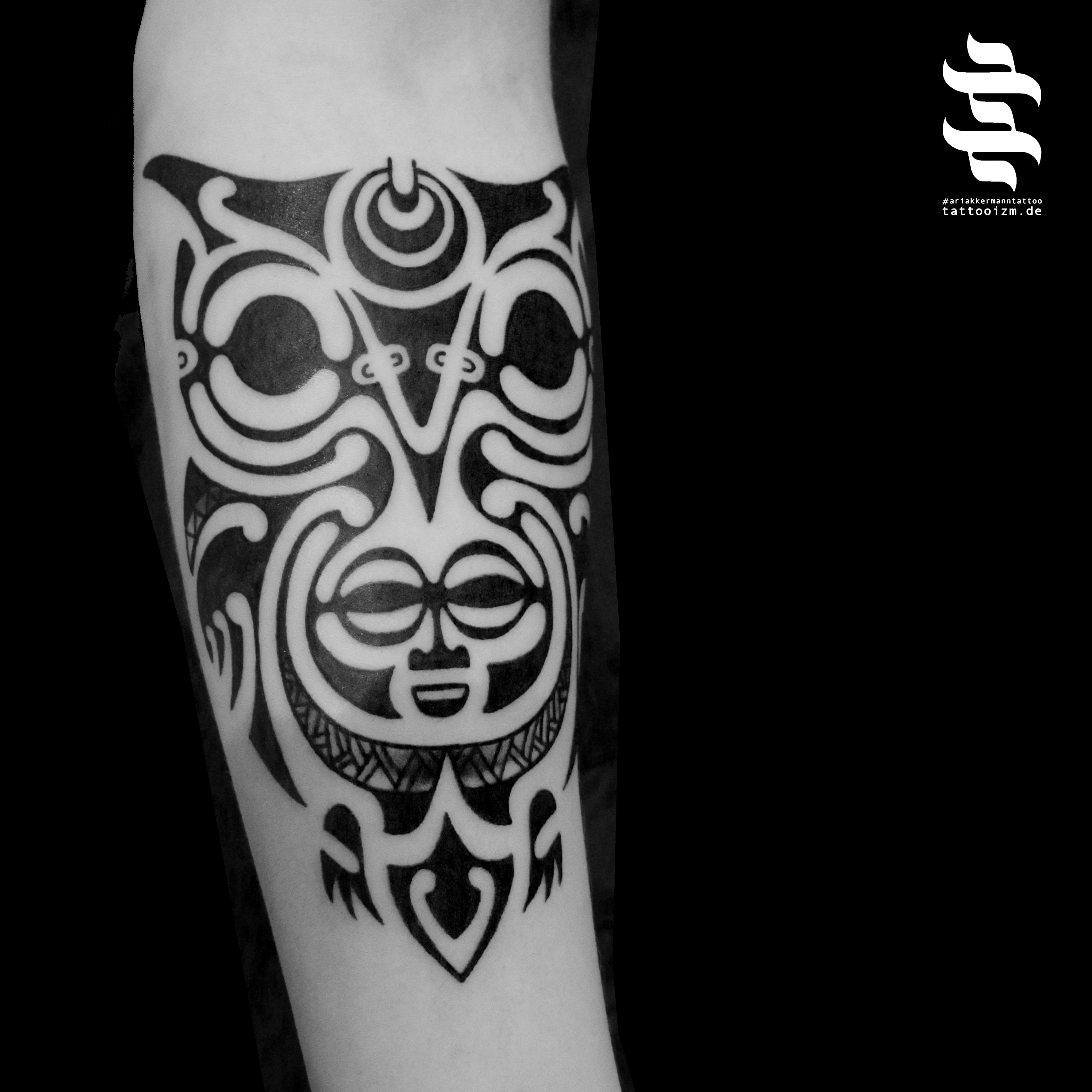 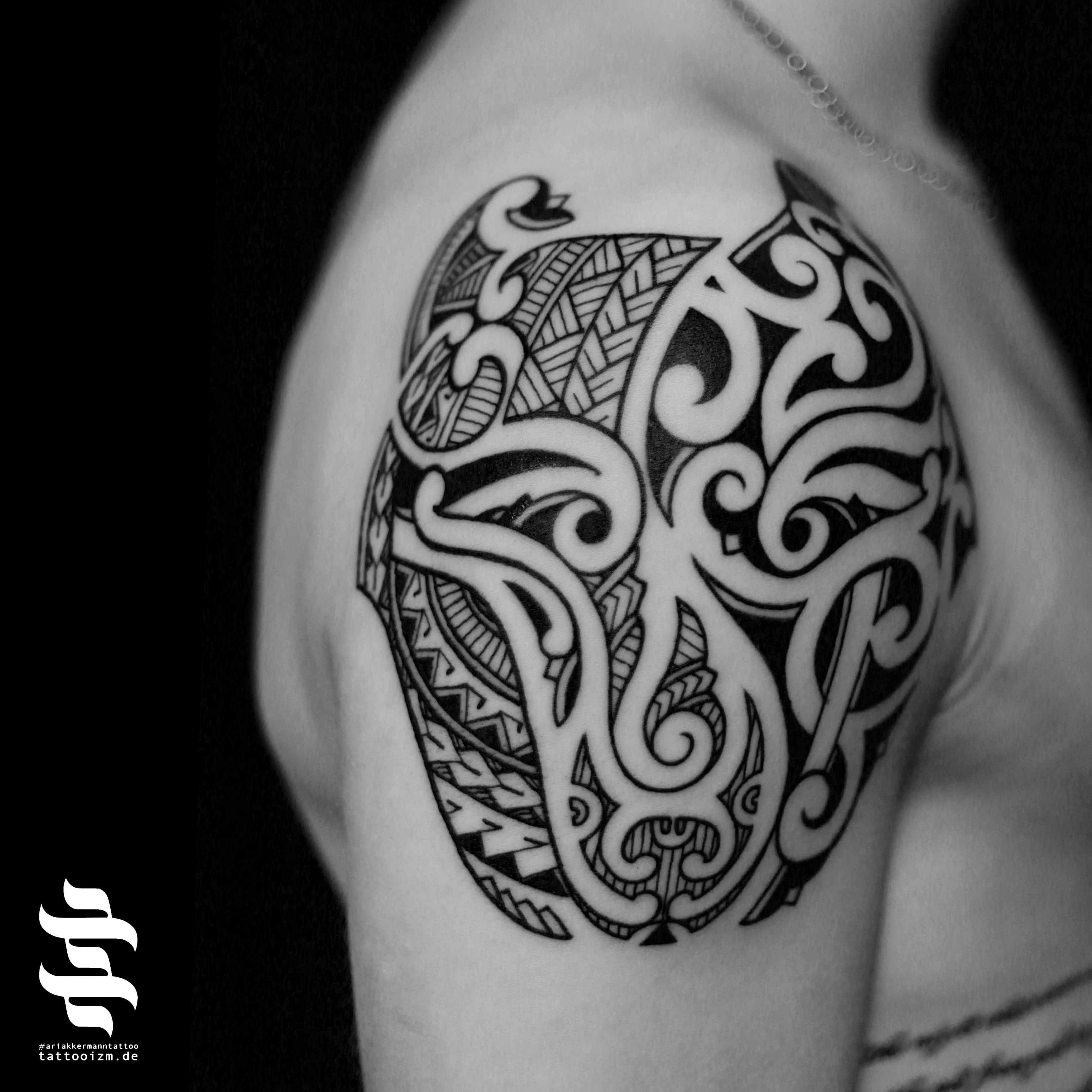 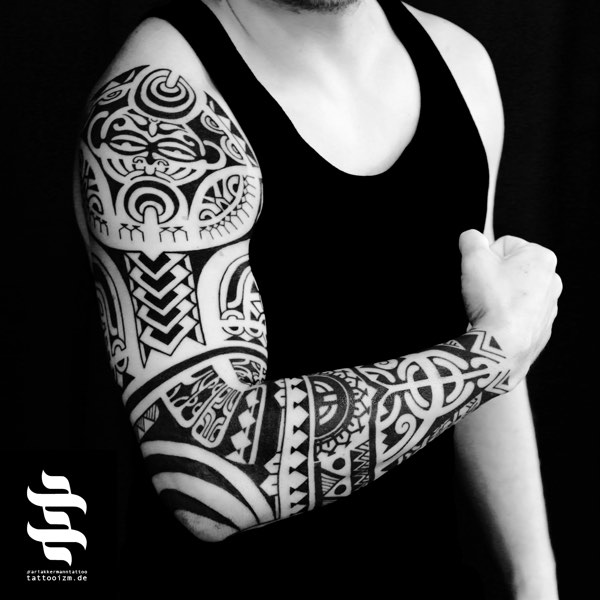 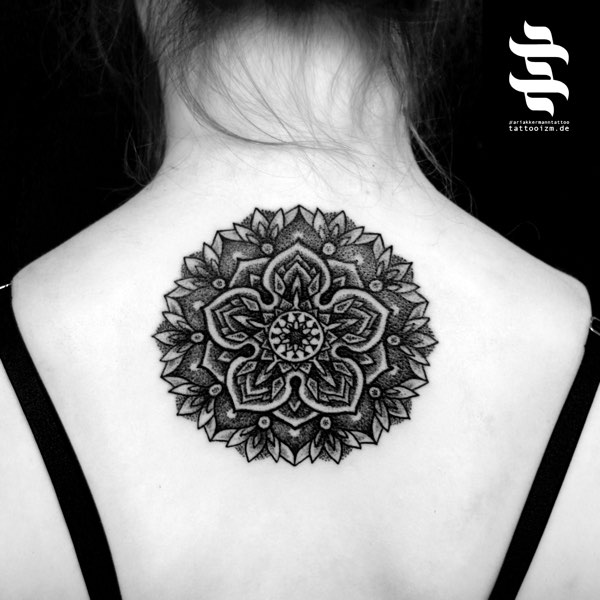 are my passion. In Sanskrit, the word mandala means – circle. It is an ancient spiritual and ritual symbol, representing the universe. For me mandala, more than sacred and spiritual – has aesthetic, artistic and beautifying values. More...Every mandala has been prepared individually to suite exactly the place on the body. It has been done with full attention to the style boundaries and personal preferences of the customer. Mandalas – are never ending story... 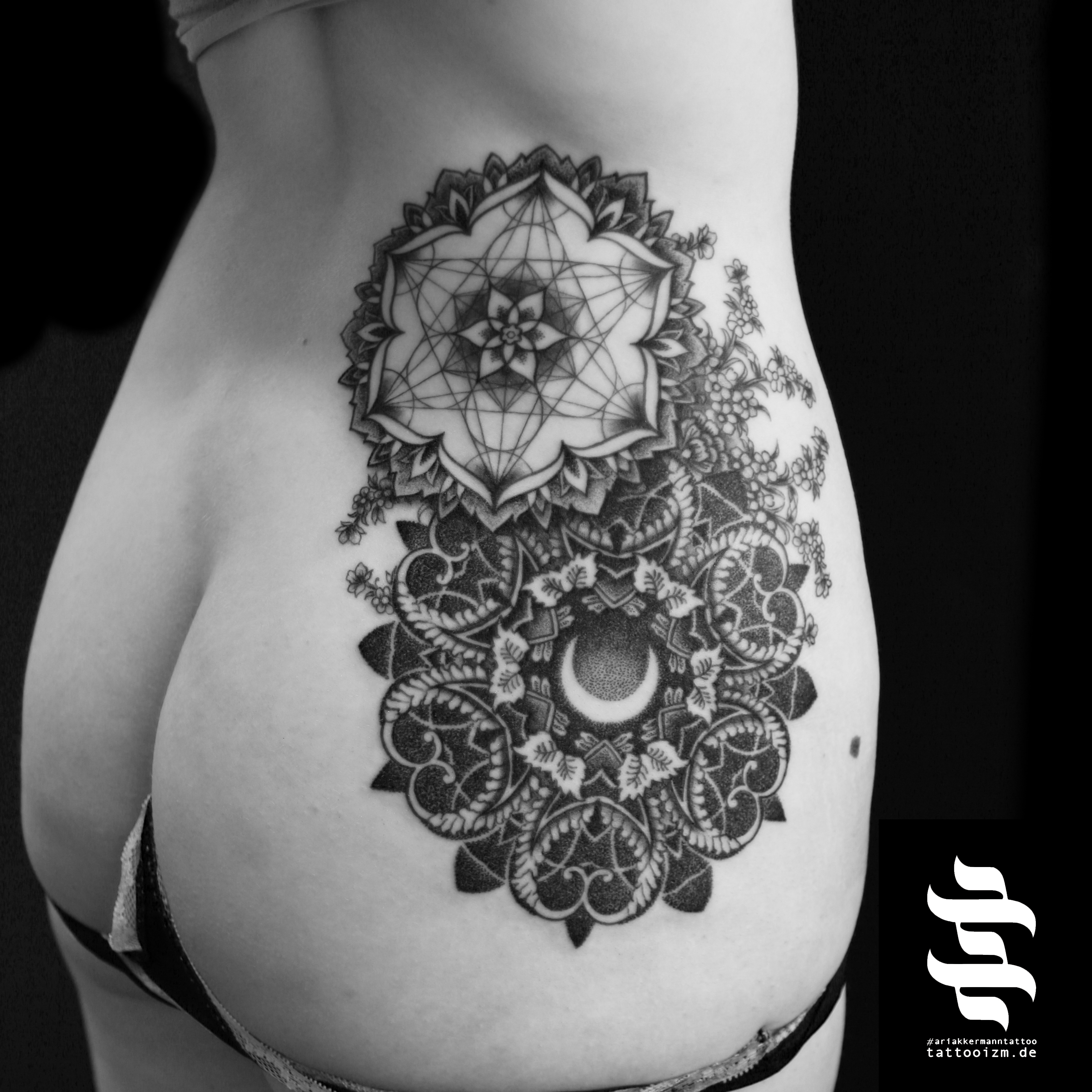 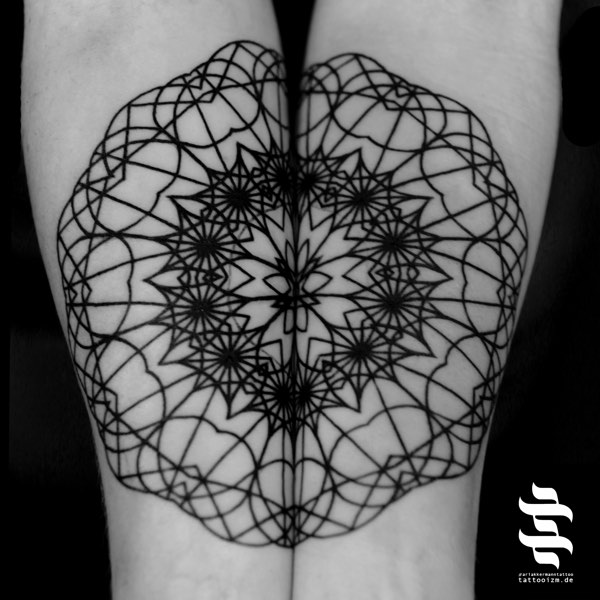 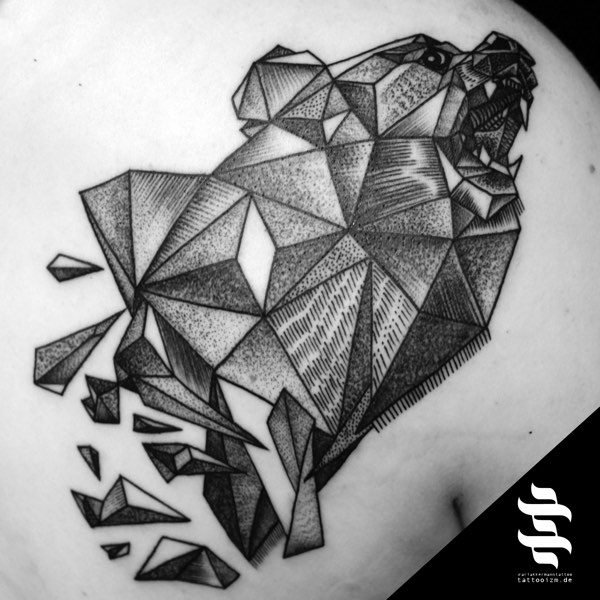 tattoos – is a common name for different tattoo styles, which cannot be represented at other categories of this gallery. Some of those works are also might be called Ornamental, Pattern, Minimalistic, Geometry, Avant-garde, Oriental, Modern and of course Graphic Art. 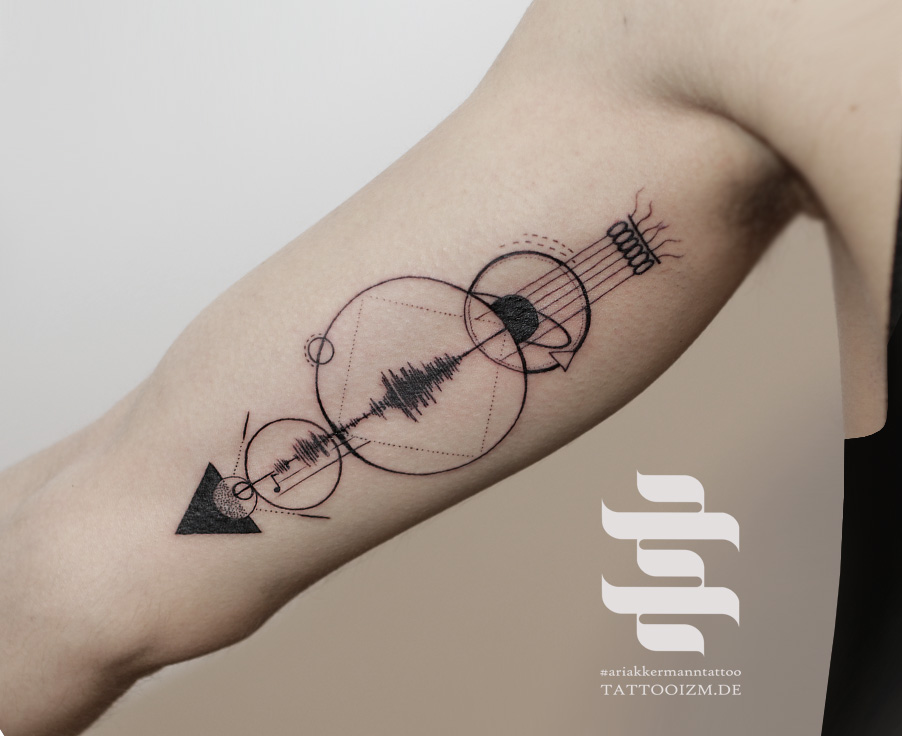 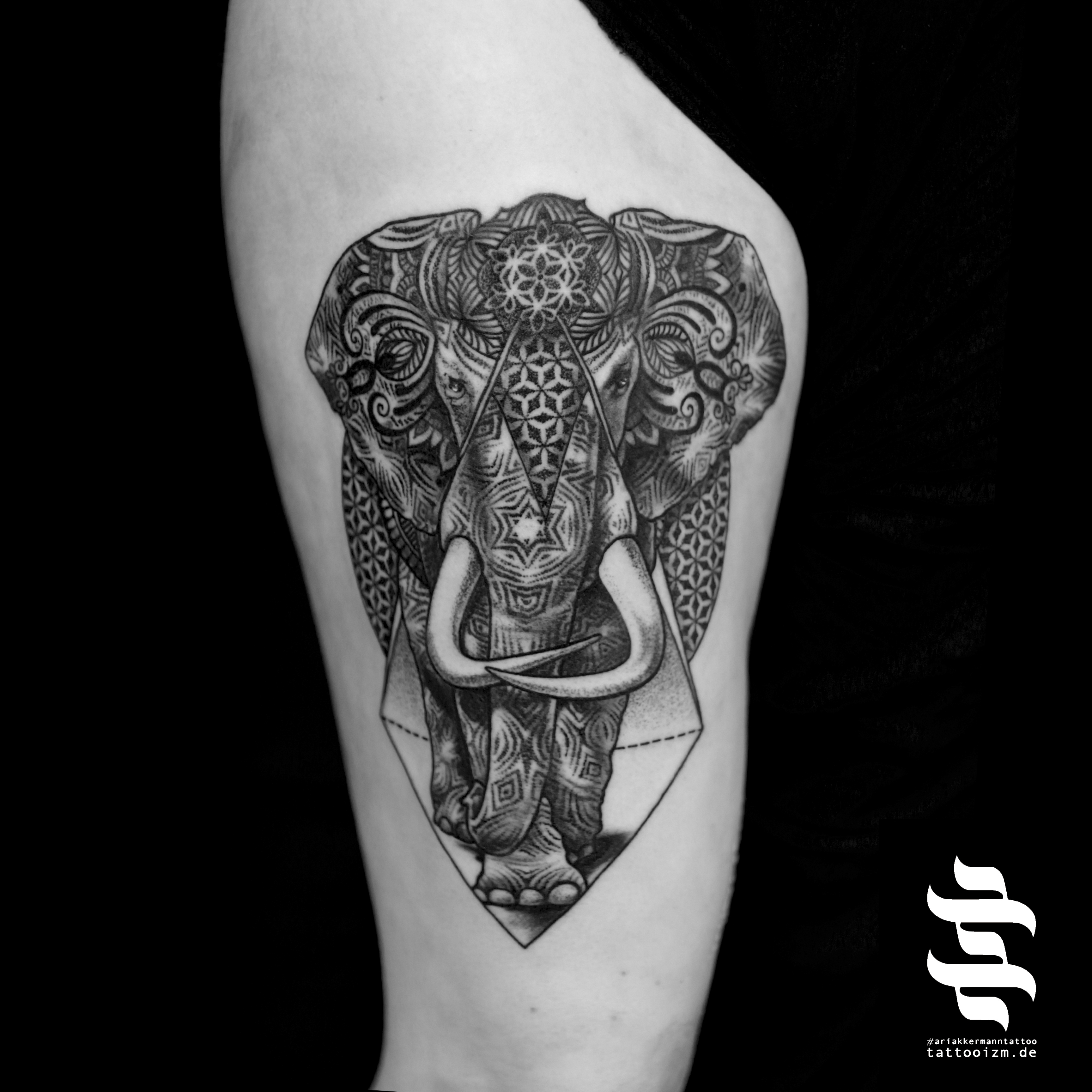 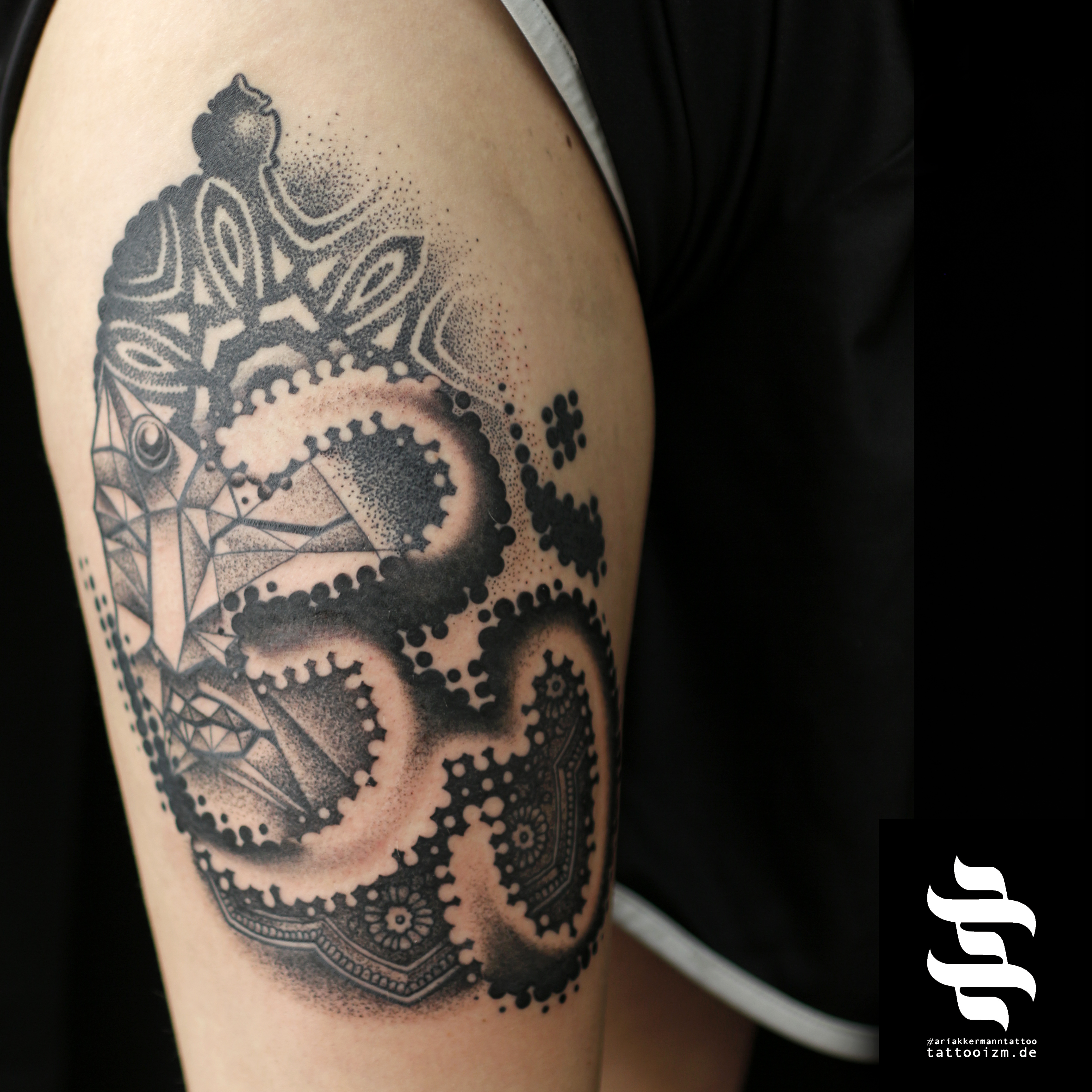 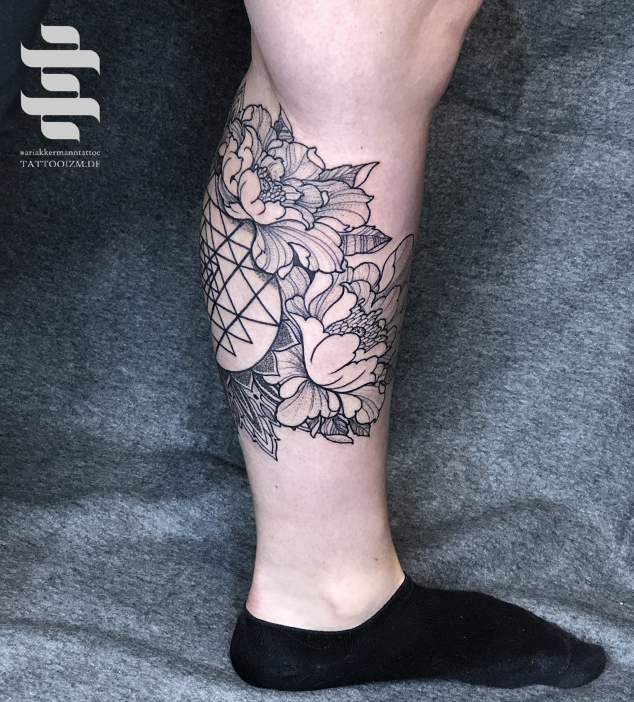 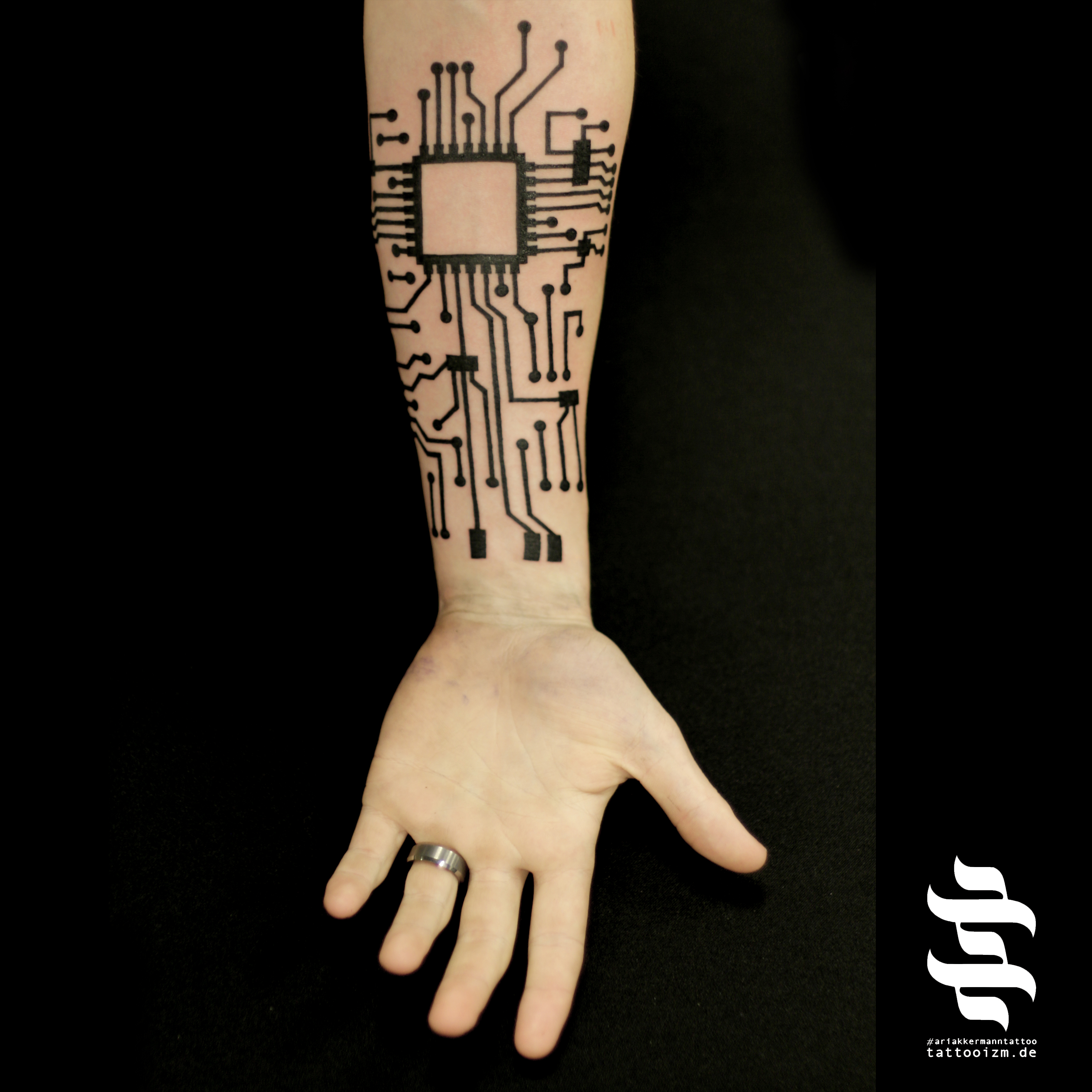 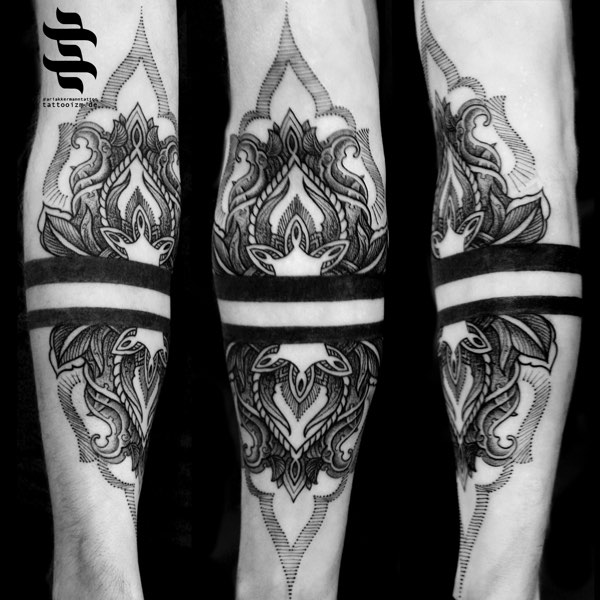 The beginning: We start with a no-costs one-on-one consultation, preferably in person, or via a video call. I try to understand what is inspiring you to receive ink, what would work on your body, and whether we can collaborate together. I also need to know about any medical conditions or allergies, etc.

‍The deposit: Once we are in agreement, I ask you to pay a deposit to secure an appointment for the next step (cash or bank transfer only). The deposit is held for the duration of the project, and contributes towards the final payment of the last session. Deposits are refundable only for cancellations given 72 hours before appointments.

‍The first session: Being a tattoo artist is like being a tailor; ensuring the perfect fit demands precision. During our first appointment we spend time carefully planning and designing the motif according to the shape of your body. We then begin to tattoo the first lines.

‍The project: When your tattoo requires more than one session we make new appointments to complete the work. A full day appointment is usually no more than four hours of tattooing. It’s optimal to have one month break between appointments. The number of appointments depends on the project, its complexity and size.

‍The payment: The rate and payment method are agreed in person. Please pay at the end of each session in cash, or as agreed.

Relaxation and stillness are important to make the experience easier for you and me. Please eat, sleep and drink well before each appointment. Avoid drugs and alcohol 24 hours before the session. Contact me before your appointment if you have any questions. 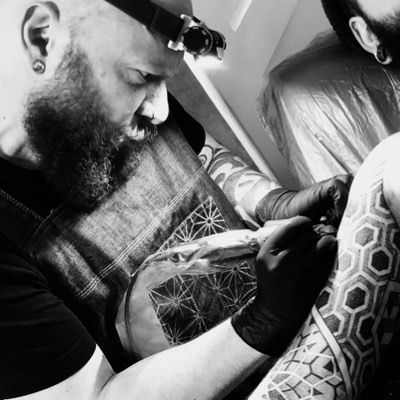 It began with secret lessons in Kiev in the former Soviet Union. During covert studies of Hasidic Judaism and Kabbalah I was introduced to ancient calligraphy, sacred geometry and esoteric ideas that have influenced the direction of my life. I was a boy living in a harsh totalitarian reality, and these teachings and art lit a lamp in my heart.
‍
Moving to Israel in 1991 with my family nurtured this. My fascination with design and form led me to complete a three-year architecture degree. Influenced by surrealism, impressionism and suprematism, I continued experimenting with art, particularly canvas and body paint, and graphic design.
‍
My first tattoo teacher Max was impressed by my designs and, in 1998, ushered me into the world of tattooing. After six months of training, I moved to New York to complete my apprenticeship there. From 2000, I managed my own studios in Israel, and worked in studios and conventions around the world. I’ve lived in Germany since 2013.
‍
The lamp in my heart burned brighter after my first Vipassana meditation retreat in 2012. Meditation showed me the beautiful simplicity of moment-by-moment awareness, and brought me into deeper connection with myself, others, and sacred geometry. It’s in the moment that playfulness, creativity and spontaneity emerge – this now defines how I live and work.
‍
Reality is Love

Thank you! Your submission has been received!
Oops! Something went wrong while submitting the form. Please try again.